“Schools and trusts are successful or not on their decisions and you can’t make good decisions without good information.”

By 2020, the Northampton Primary Academy Trust (NPAT) will have grown to 12 schools including a new free school, from 5 schools when it was formed in 2012.

“There is a real mix of schools”, says Tom Rees. He has been Head of Simon de Senlis School, one of the original 5 Microsoft Showcase schools, for six years. Now, as well as being the Executive Headteacher at the school, he is Education Director for the Trust.

The schools in the Trust range from an outstanding Church school to one about to be rebrokered into the trust in Special Measures. Together, they consist of around 3,000 children and
coming up to 600 staff.

NPAT was a pilot for Groupcall Analytics.

With that many diverse schools, obtaining data that they could use as the basis for decision-making presented quite a challenge. As Rees says, “A good analytics program won’t make up for poor quality data. You know the old computer saying: garbage in, garbage out.”

But does any of that matter?

THE POINT OF DATA

As Rees puts it, the whole point of data is to be able to understand better what’s really going on in the schools: to make comparisons and predictions.

“We didn’t want to analyse only year 6 results, because that’s just like looking in a rear-view mirror. If you get an insight into kids that aren’t doing brilliantly when they’re 8 you’ve
got time to do something about it. We wanted to be able to use the data to predict when things were likely to go downhill for a pupil, and then stop that from happening. For example, we want to be able to compare individual children’s attendance with their school’s average attendance, and have early warning flags to indicate persistent absenteeism. And to have that in place across the board.”

There was also the matter of needing to make meaningful comparisons between schools, and to do so over a range of data, not confined to the standard measures of attendance and so on.

“For example”, continues Rees, “Why is staff absenteeism higher in some schools than in others? Why are there differences in the type of absence, for example, long-term versus odd days off? And how does that affect pupil outcomes? Understanding differences in data patterns such as this can then lead into questions about how schools are carrying out different absence management procedures and things like return-to-work interviews.”

Having a wide range of data, and having confidence in it, are crucial. The bottom line is that decisions about the deployment of resources are made on the basis of the data available. Resources are expensive, so even from a purely financial perspective it’s important to get the numbers right.

But of course it’s about much more than that. Rees again:

Good data on a range of aspects makes it possible to explain why something has happened. It can even give early warning signs which enable interventions to be made. In a nutshell, prevention is better than cure. 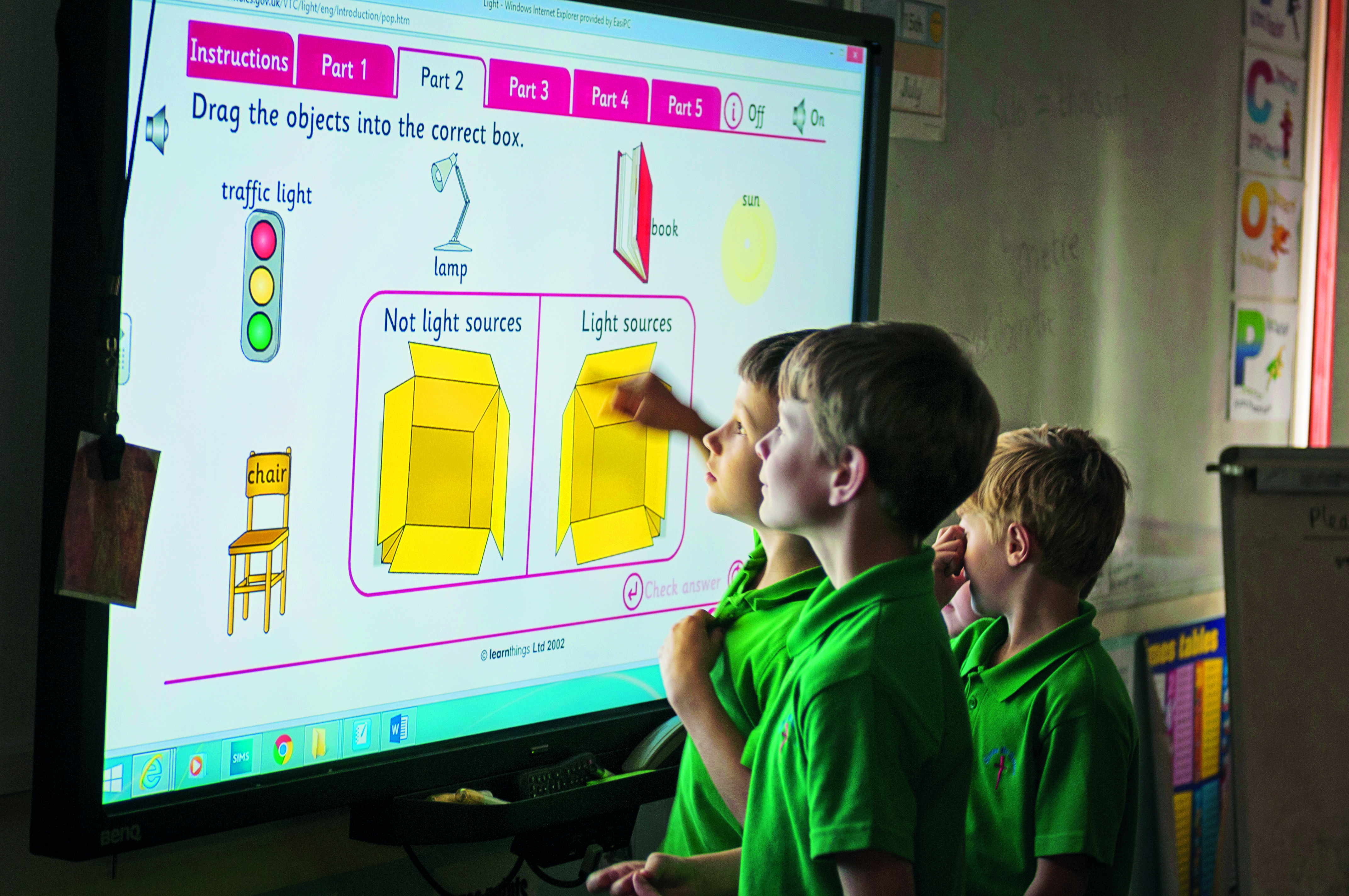 Groupcall Analytics has made a number of things possible which would not have been so before. For example, Rees, while visiting a school in order to conduct a review, was able to pull up the average standardised maths scores of the class he was in, and compare them to those in the Trust:

“I was able to get a snapshot of what the data said about that class, as well as what the books were telling me and what I was seeing from my eyes.”

Similarly, Groupcall Analytics makes inspection far less daunting. During a visit from Ofsted, Rees sat with Groupcall Analytics on a screen in his office and was able to drill down into different pupils groups and answer questions from a lead inspector.

And it’s not just the Heads who are benefitting:

“Today, for example, as we speak, 3,000 children’s data is being entered into their local SIMS system and tomorrow my CEO can press a button on her phone and read a summary
of how the attainment performance looks across the Trust and how that’s changed since December. That’s pretty revolutionary!”

As well as good outcomes for the children, having a central ‘place’ for each school’s data improves efficiency and cuts down on cost. Putting it simply, only one data manager is needed rather than a dozen.

Where Groupcall Analytics comes into its own is in allowing the Trust to include contextual information and the results from other tests such as CATS tests and GL-Assessment’s PASS
survey. Having that range of data, which you can slice and dice in several ways, enables you to take a much more considered approach:

“We’re trying to analyse more intelligently – attempting to think about assessment more like a consultant doctor than perhaps how we have previously in education. Just as someone’s health can’t be expressed in a simple number, learning can’t be captured in a single measure or grade. A consultant doctor will use a range of different reports and tests that are considered together and then they can make good decisions based on a more holistic view of the situation; it’s the same within assessment. In the same way that careful and intelligent consideration of patient information can lead to an accurate diagnosis and the prescription of helpful treatment, meaningful assessment can lead to greater understanding of gaps in learning and effective tailored teaching and intervention. Groupcall Analytics allows us to start doing the early intervention where you have signs that certain things might be going wrong or – and this is what’s really exciting, where you can start to predict that it might go wrong…”

For example, having the data at their fingertips has made it easy and relatively costless to look at data like the costs of leadership teams and any discrepancies in pay based on gender,
across the whole school. 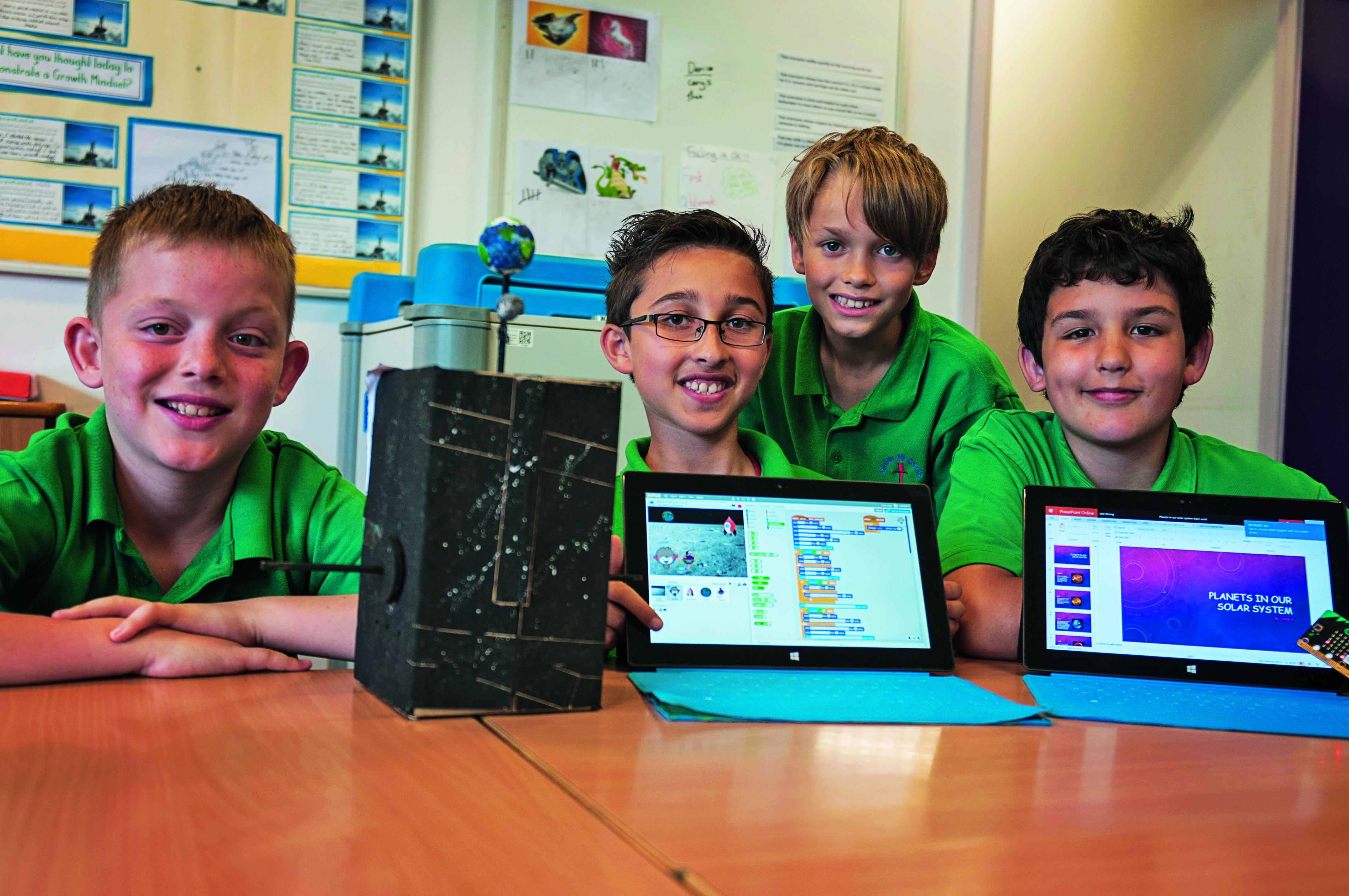 Unfortunately, realising the benefits described above was not a simple case of installing Groupcall Analytics and waiting for the magic to start. A number of decisions had to be taken first.

Initially, each school was making assessment judgements of the children according to their own criteria. So a fundamental decision was made to bring in some standardised tests at particular times of the school year. This was facilitated by the then Government’s decision to get rid of Levels. That led to rich conversations looking at questions like “What are we teaching?”, “What are we measuring?” “How do we measure it?” “How do we look at how we compare to other schools?”

Another key decision centred on what was to be measured. Groupcall Analytics lets you measure anything and everything, but as Rees says, it’s important to measure only what is
likely to be useful.

“Tracking every objective and coming up with a system of grades that are Levels by an other name is a waste of time because it makes no difference at all to outcomes.”

Thirdly, the format in which the data was submitted had to be standardised. Without that, you incur the (hidden) costs of cleaning up the data before you can even enter it into an analytics program. At the same time, the timing of data drops was synchronised. This lessened Heads’ workload because they were no longer bombarded with requests for information from all sides and at all times.

Fourthly, transparency is critical. Each Head can look at the data from any other school, and where necessary act proactively and quickly. To achieve that it’s necessary to have a situation in which no one person owns the data.

THE DECISION TO USE GROUPCALL ANALYTICS

In the case of the NPAT, it was a demonstration of an early version of the software at Bett which convinced them to adopt it. However, as Rees points out, when it comes to evaluating
the costs and benefits of a program like GA you’re faced with the challenge that you can’t compare like with like, because it’s unique. Also, it’s not just about reducing costs:

Rees is excited about what the future holds. “As we start to engage with more sophisticated analytics tools such as machine learning and artificial intelligence we will start to gain more insights from our existing data, and then use these to make proactive interventions. The technology really will have a great part to play.”

So how would Rees sum up the value of Groupcall Analytics? “Having the ability to analyse and investigate trends across the complete spectrum of data sources across different schools allows for meaningful enquiry and analysis at the press of a button. Making problems visible for early detection and intervention in this way is an analytics revolution for Multi-Academy Trusts”.

Speed read: How the DfE plans to select schools for its rebuilding programme
https://t.co/y08Hbvl8Kd
via @SchoolsWeek

Congratulations 👏 keeping our 🤞for you https://t.co/XQ2LVHJdQd